This luminous collection, scrupulously edited and beautifully produced, is less invested in cordoning off another subfield than in challenging us to steep Victorian scholarship and pedagogy whole cloth with the concepts and concerns of ecological thinking understood in resolutely global terms. 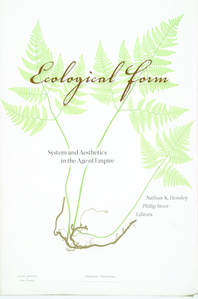 ​Together these interventions aim to demonstrate the diligence and acuity with which certain Victorian writers experimented with new formal techniques, and generated new models for thinking, in order to comprehend the two massively networked and often violent global systems that organized their experience, and that, we suggest, continue to organize ours: the British Empire and the Industrial Revolution’s carbon economy.